Building on your imagination...

We were approached by Realtors/developers that had helped secure the "Alki House" property. They were taken and impressed by the resulting home. You may notice "shared DNA" with homes at 4861 Beach Drive SW, 4141 Beach Drive SW, 3001 Alki Ave SW, and the West Seattle Condo. This is no coincidence. The property would allow for more density then was eventually built. We explored as many as 5-6 unit approaches. In the end it seemed "less was more". Constructing only three units (two single level flats and a topnotch two story loft allowed all units to have full two car private garages and large exterior decks to take in beachside weather and activities. The units are highly finished and offer multiple amenities and upscale finishes. The owners/residents report loving their homes. The two story loft was customized for the developer/owner and became a showcase home. It has been featured in numerous publications and AIA judging. The floors are cut from recycled laminated beams and feature the beauty of mixed hemlock and fir laminations. Metal cladding and roofing, and clear cedar siding show little signs of weathering in an extreme climate. The natural landscape blends, but also punctuates the setting, and the glass arbor entry with gate welcomes and protects guests from rain driven chaos. 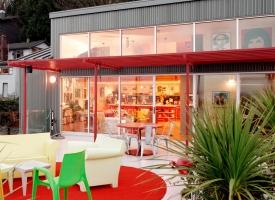 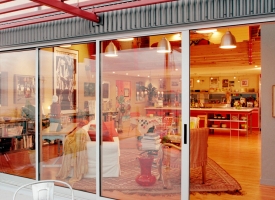 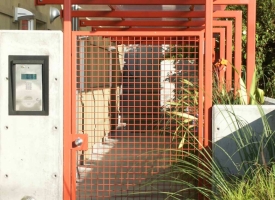 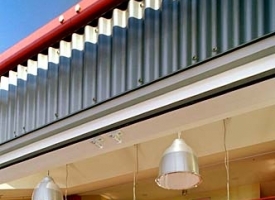 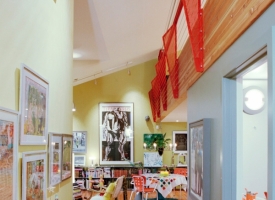 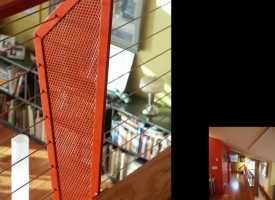 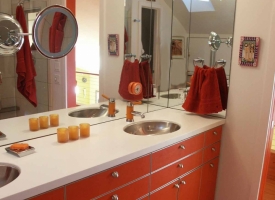 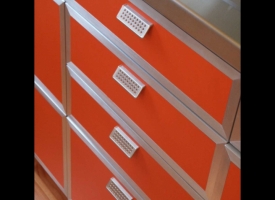